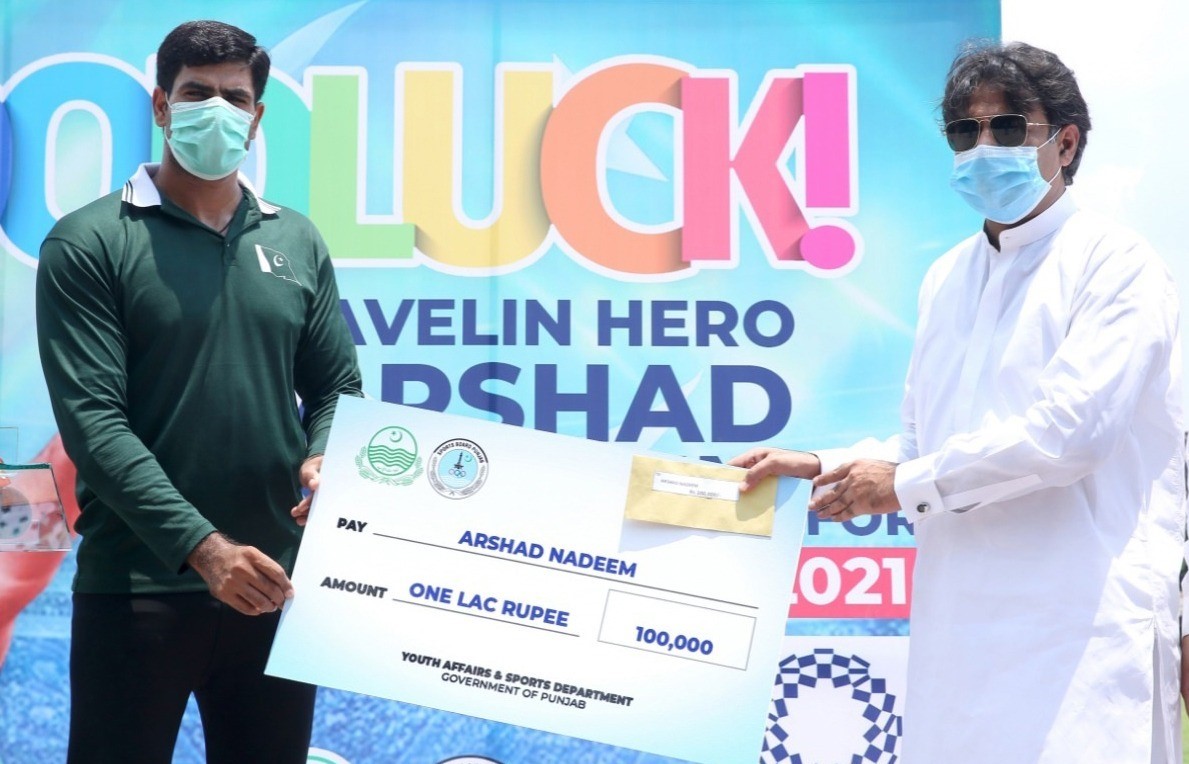 Punjab Minister for Sports and Youth Affairs Rai Taimoor Khan Bhatti expressed his hope that country’s premier javelin thrower Arshad Nadeem will live up to the expectations of the nation at Olympic Games 2021 scheduled to be held at Tokyo, Japan from July 23 to August 8, 2021; he said this while talking to media at a largely-attended send-off ceremony in honour of Arshad Nadeem at Punjab Stadium on Friday.

Punjab Minister for Sports and Youth Affairs Rai Taimoor Khan Bhatti expressed his hope that Arshad will offer an equally impressive performance in Tokyo Olympics and win a medal for the nation after a long time of 29 years. “Javelin thrower Arshad Nadeem, who bettered his own record in Iran Athletics Championship, did not disappoint the nation in the past and now once again all the Pakistanis have expectations from him to emerge winner in the Olympic sports

extravaganza. The entire Pakistani nation, particularly the sports community, is praying for his success in the Tokyo Olympics”.

Punjab Minister for Sports and Youth Affairs Rai Taimoor Khan Bhatti said: “Punjab govt has extended every kind of support to Arshad for his preparations for the Olympic Games. Arshad did really hard work to gain status as a world class javelin thrower and our young athletes must take inspiration from him,” he added.

Arshad Nadeem, on this occasion, thanked Punjab Minister for Sports Rai Taimoor Khan Bhatti and Sports Board Punjab for encouraging and providing best facilities for his preparations for the mega Olympic Games event. “The whole Pakistan nation is praying for me and I’m quite upbeat to clinch a medal in the Tokyo Olympic Games”.