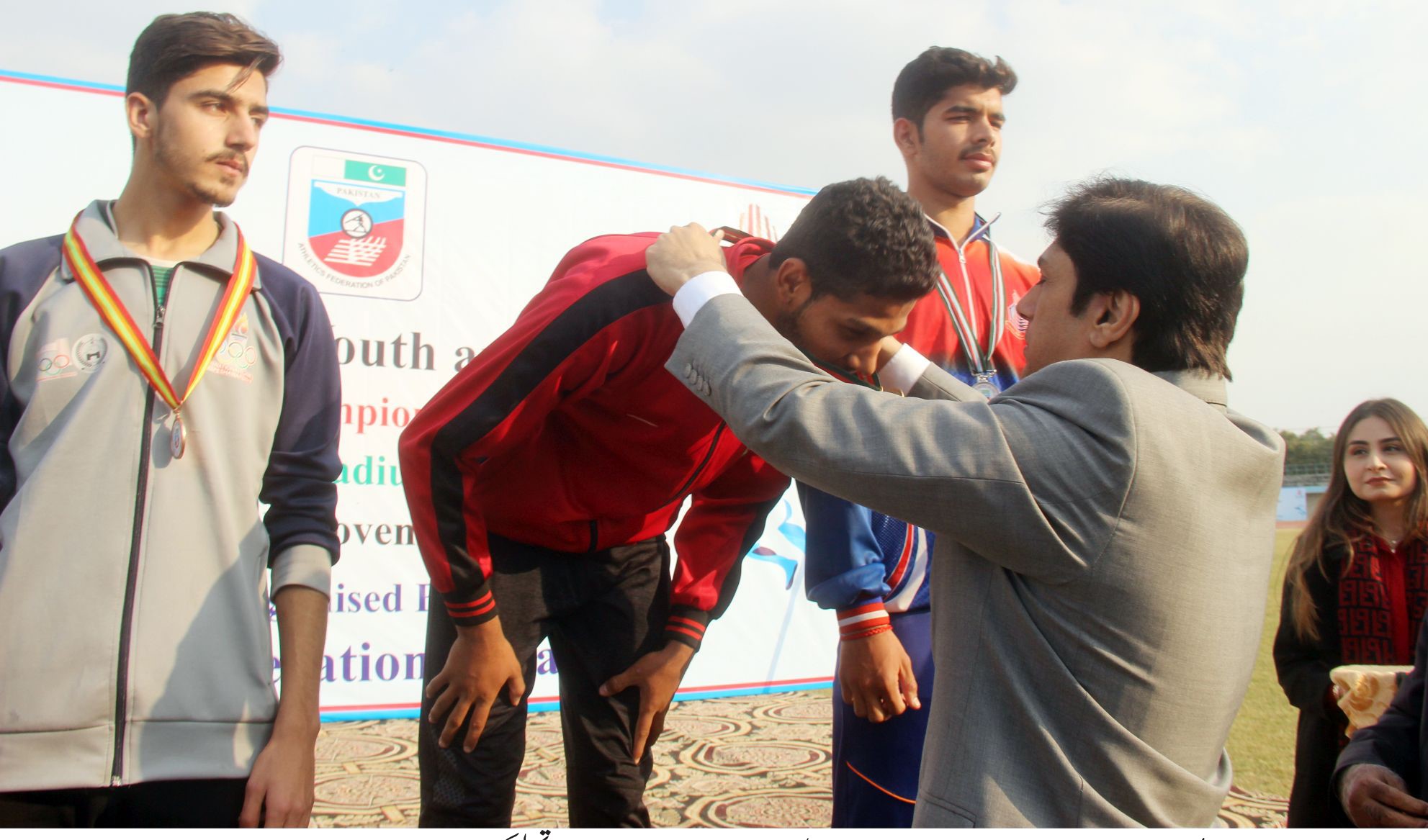 Secretary Sports Punjab Nadeem Mehboob said athletics is rightly portrayed as mother of all sports. And the countries which excelled in athletics usually produced wonderful results in other sports as well; he said this while talking on the inaugural day of 2-day 4th National Youth and Junior Athletics Championship at Punjab Stadium on Monday.

The 4th National Youth and Junior Athletics Championship is being organized under the aegis of Athletics Federation of Pakistan and with the collaboration of Sports Board Punjab.

Secretary Sports Punjab Nadeem Mehboob said National Youth and Junior Athletics Championship is a key platform for young male and female athletes to show their potential. “As many as 400 male and female athletes are demonstrating their athletics talent in the championship in which teams from Pakistan Army, Navy, Railway, Wapda and four provinces Punjab, Sindh, Balochistan and Khyber Pakhtunkhwa are taking part in the 2-day grand national event”.