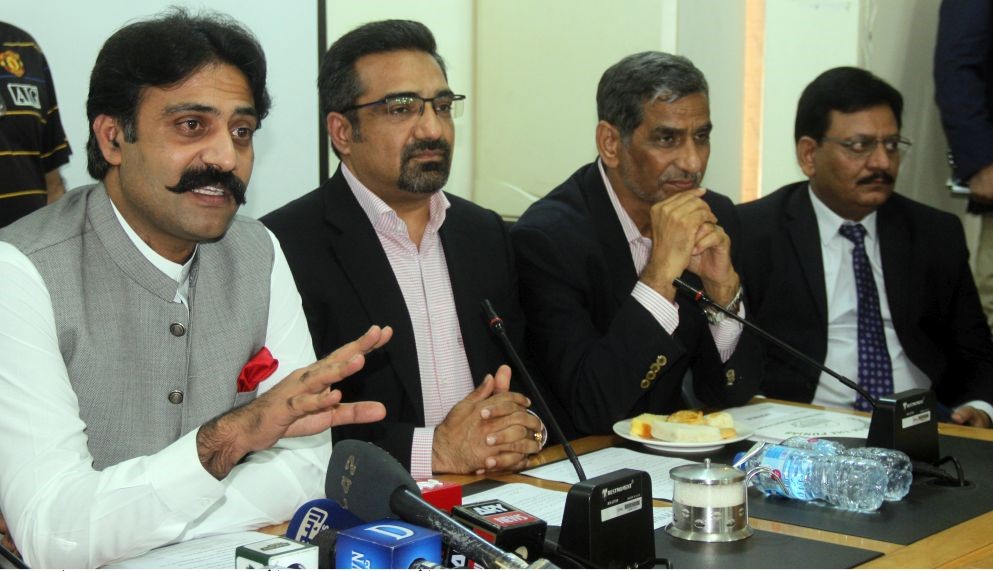 Director PMU Akram Soban thoroughly briefed the meeting about the progress of development sports schemes in different districts of the province.

Addressing the meeting, Punjab Minister for Sports, Youth Affairs and Tourism Rai Taimoor Khan Bhatti said Punjab govt has taken revolutionary measures for the promotion of sports in the province. “Several sports schemes have been completed while the construction work is underway at the remaining schemes. As many as 66 sports schemes will be completed this year. The timely completion of sports projects is essential for the bright future of sports in Pakistan”.

Punjab Minister for Sports, Youth Affairs and Tourism Rai Taimoor Khan Bhatti said that as many as 20 sports projects are underway in Bahawalpur, 21 each in Gujranwala and Faisalabad, 15 each in Rawalpindi and Sargodha, 18 each in Multan and DG Khan, 17 in Lahore and 10 sports schemes in Sahiwal.

Punjab Minister for Sports, Youth Affairs and Tourism Rai Taimoor Khan Bhatti said: “Providing sports facilities to our talented youth is our top priority and we will utilize all of our resources to achieve our target”.

Secretary Sports Punjab Nadeem Mehboob said: “We are establishing large scale sports infrastructure in the province. These sports facilities will play an important role in tracing and nurturing fresh talent in the province particularly remote areas,” he added.

Director General Sports Punjab Adnan Arshad Aulakh, on this occasion said: “Sports Board Punjab is taking every possible measure for the promotion of sports and sports culture will grow in the province after the completion of sports projects especially in the far-flung areas”.