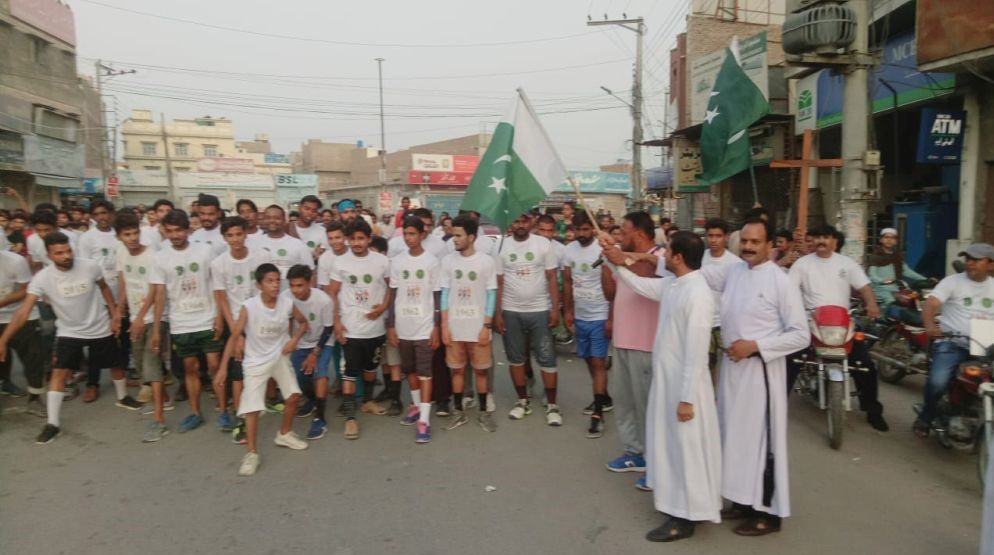 Over 100 boys participated in the race where Raheel Shahzad, Shahroz Ahmed and Sumair Ahmed finished first, second and third respectively.

DSO M Ashfaq and Incharge Holy Cross Catholic Church Imran Khursheed were the guests of honour on this occasion and distributed prizes among the top runners.

Moreover, District Sport Department Rahimyar Khan also organized a Maila Malakhra between Sindh and Punjab teams at Sardar Ghar in connection with Independence Day. A large number of sports lovers were there to cheer both the teams. Jam Muhammad Asghar and Akmal Jafree were the guests of honour on this occasion.

District Sport Department Rahimyar Khan also distributed 1000 flags and badges among the young boys so that they can celebrate the Independence Day with full passion.