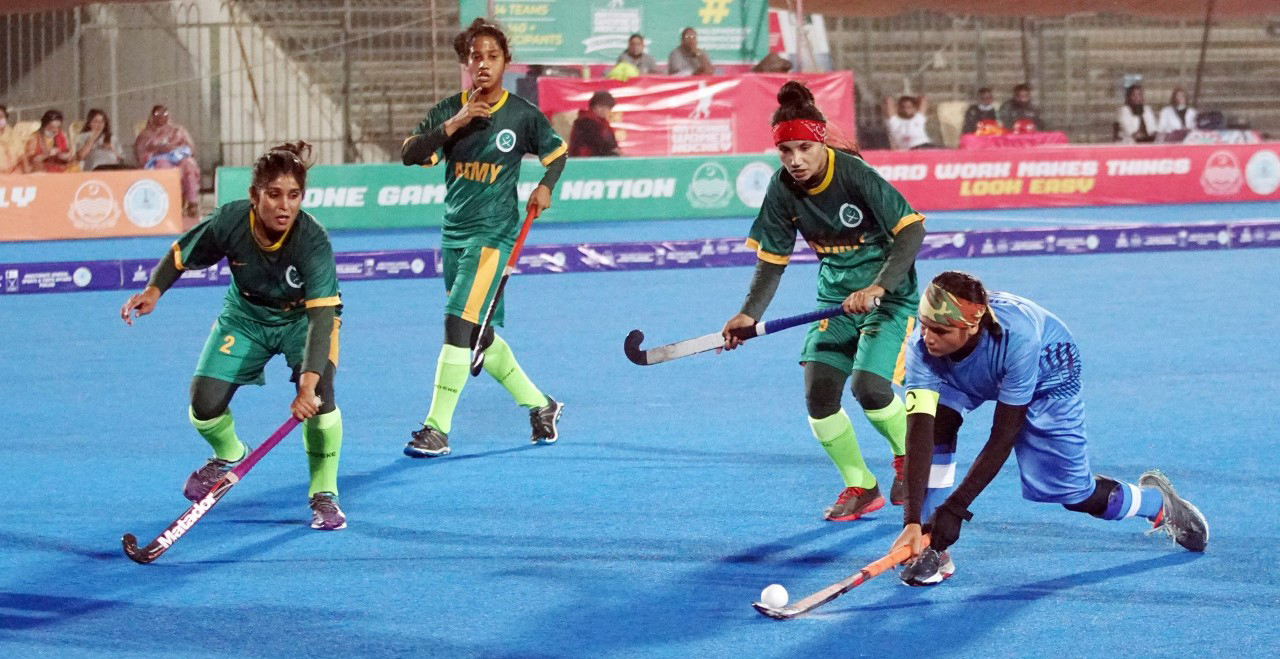 Wapda edged out Railways by 2-1 in the first semifinal while Punjab (C) thrashed strong Army team by 4-1 in the second semifinal clash.

The final match of First Chief Minister Punjab 5-a-Side National Women Hockey Championship will be played between Punjab (C) and Wapda women hockey teams at 7.00pm on Wednesday at National Hockey Stadium whereas Railways and Army teams will clash in 3rd/4th position match at 6.00pm at the same venue.

While talking to media Director General Sports Punjab Adnan Arshad Aulakh appreciated the fighting game of all semifinalist teams. “It is a new and speedy format of hockey just like T20 format in cricket. Players need to show better stamina and playing techniques in this format”.

Director General Sports Punjab Adnan Arshad Aulakh said it’s Sports Board Punjab’s initiative to organise 5-a-Side hockey at such a big level with the collaboration of Pakistan Hockey Federation. “We are quite confident to formulate a strong women hockey team for the qualifiers of FIH Hockey 5s World Cup,” he added.

In the first semifinal, Wapda women hockey team defeated Railways by a narrow margin of 2-1. Both the teams played aggressive hockey in the initial stages of the match. Wapda scored first goal in 7th minute through Hamra Latif’s field effort. However, Railways bounced back in the very next minute when Sarika Sarwar converted a penalty stroke to level the score.

Wapda’s Nida Asghar scored the decisive goal through her beautiful field move in the 9th minute of the match. Both the teams tried their best to score more goals in the second half but in vain.

The second semifinal was played between Punjab Colours and Army at the same venue. Punjab (C) dominated the proceedings right from the beginning against strong Army team and took 2-0 lead at the half time. Sidra Hakim struck two beautiful goals while Mahak Rasheed and Mariam Hussain contributed one goal each in their team’s 4-1 victory. Army’s Asma scored the only goal for her team through her field move in the 19th minute.