Sports Board Punjab in the wake of growing coronavirus pandemic, has curtailed Independence Day sports events as per the directions of Punjab government. 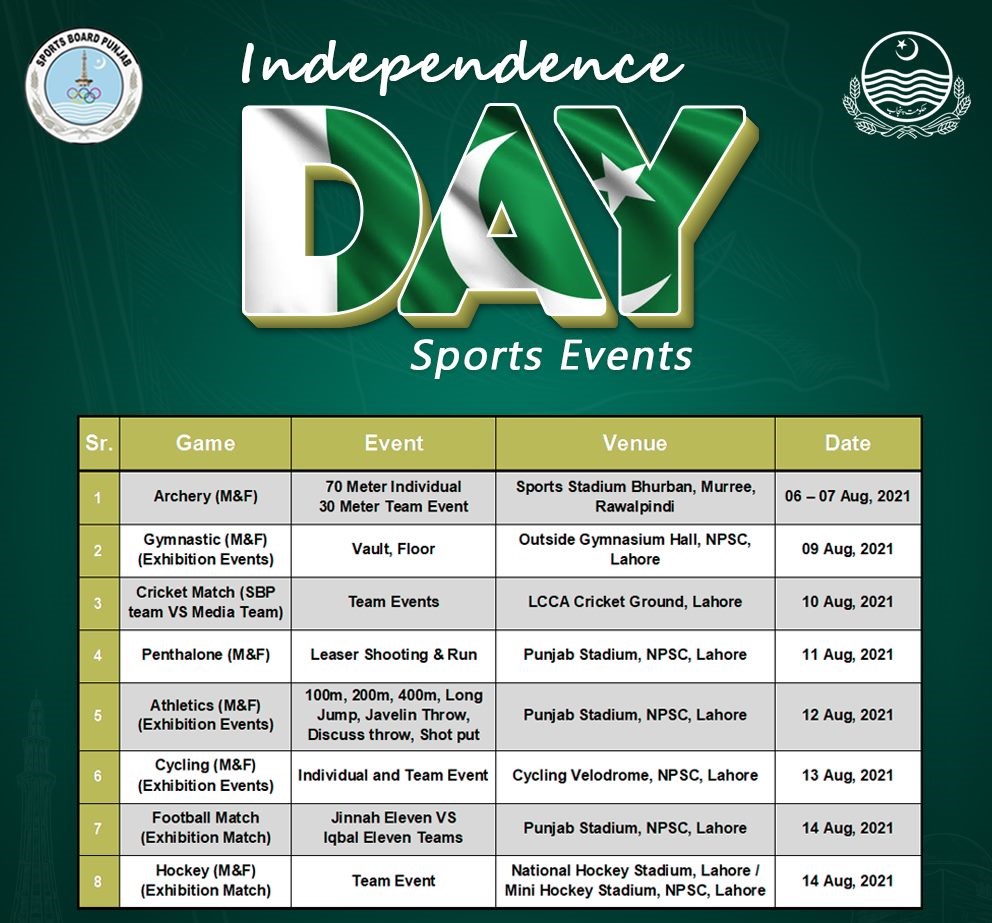