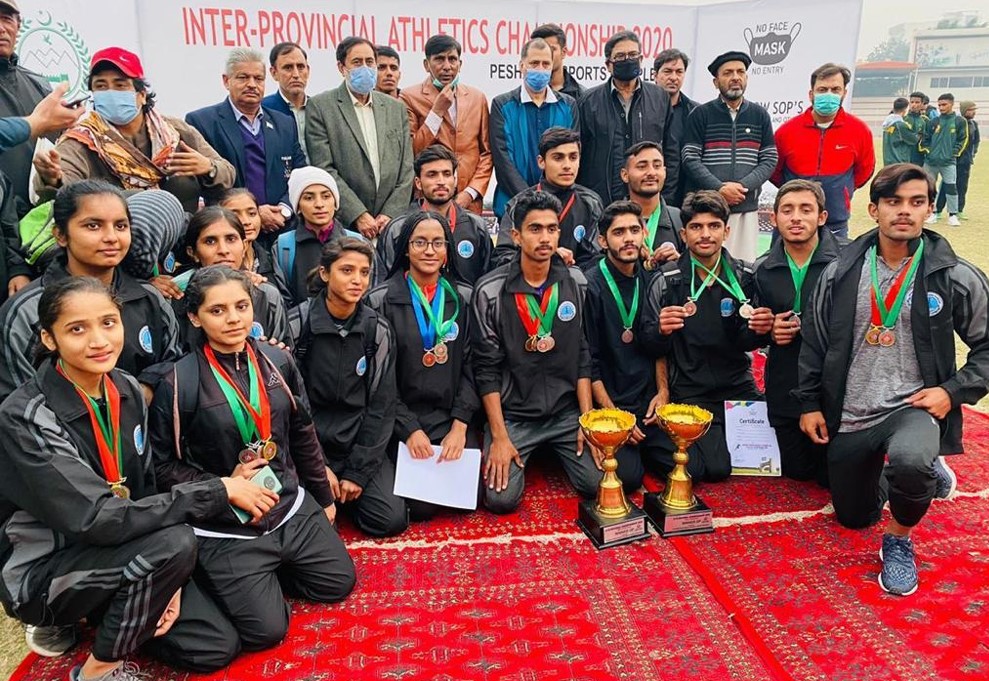 Sports Board Punjab’s boys and girls athletics teams offered historic performance and emerged winners in Inter-Provincial Under-16 Athletics Championship 2020 in Peshawar on Monday.

In the boys’ athletics competitions, Punjab team accumulated 120 points and won the championship quite comfortably. Khyber Pakhtunkhwa remained runners-up with 87 points followed by Balochistan with 77 points. Sindh, AJK and Islamabad manage only 21, 19 and two points respectively in the event.

On the girls’ side, Sports Board Punjab team secured top position with 80 points. Khyber Pakhtunkhwa girls offered some resistance but they could score only 60 points and finished at number two position. The next two positions went to Sindh and AJK with 44 and points respectively.