Sports Board Punjab will take all possible measures for the growth of boxing: Director General Sports Punjab Adnan Arshad Aulakh 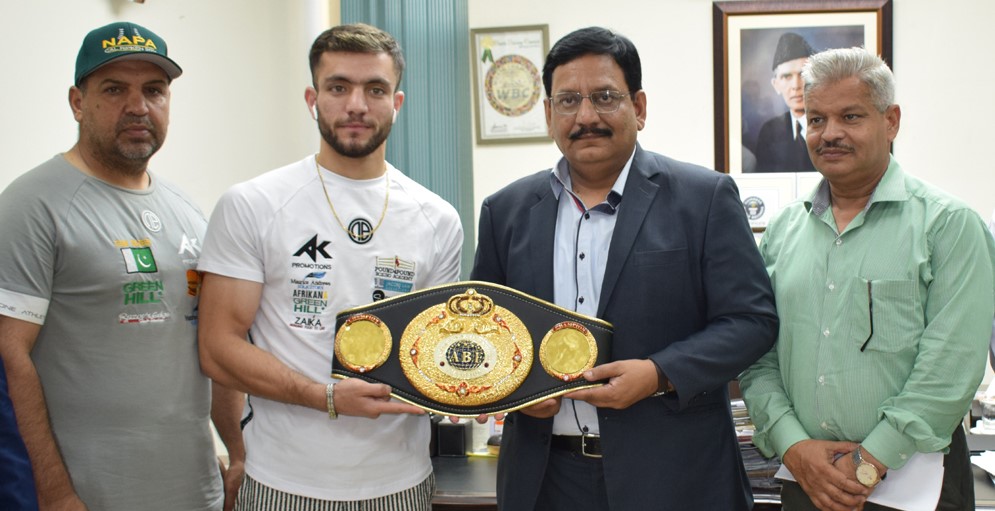 Director General Sports Punjab Adnan Arshad Aulakh said Pakistan has plenty of boxing potential and Sports Board Punjab will continue to make effective efforts for the promotion of this game in the Punjab province; he said this while talking to boxer Usman Wazir at his office at National Hockey Stadium on Thursday.

It is pertinent to mention here that boxer Usman Wazir won the Asian Boxing Federation’s title by defeating Boida Bulldozer, an Indonesian boxer a couple of days ago at the Amir Khan Boxing Academy in Islamabad.

During the meeting, Director General Sports Punjab Adnan Arshad Aulakh said Sports Board Punjab is building a modern boxing arena in Nishtar Park Sports Complex with the cost of Rs 30 crore. “Boxing is quite popular among young generation and Sports Board Punjab will take all possible measures for the growth of boxing in all areas of the province,” he added.

Boxer Usman Wazir, on this occasion, said Sports Board Punjab has a major role in my achievements. “I’m working hard to achieve more laurels for the country in future. I have learnt a lot from British boxer of Pakistan origin Amir Khan in the past,” he added.

Usman Wazir informed that he is preparing hard for next international boxing competitions. “For this purpose, I am planning to hold a training camp in Nishtar Park Sports Complex”.