We are proud of our martyrs and their sacrifices: Director General Sports Punjab Adnan Arshad Aulakh 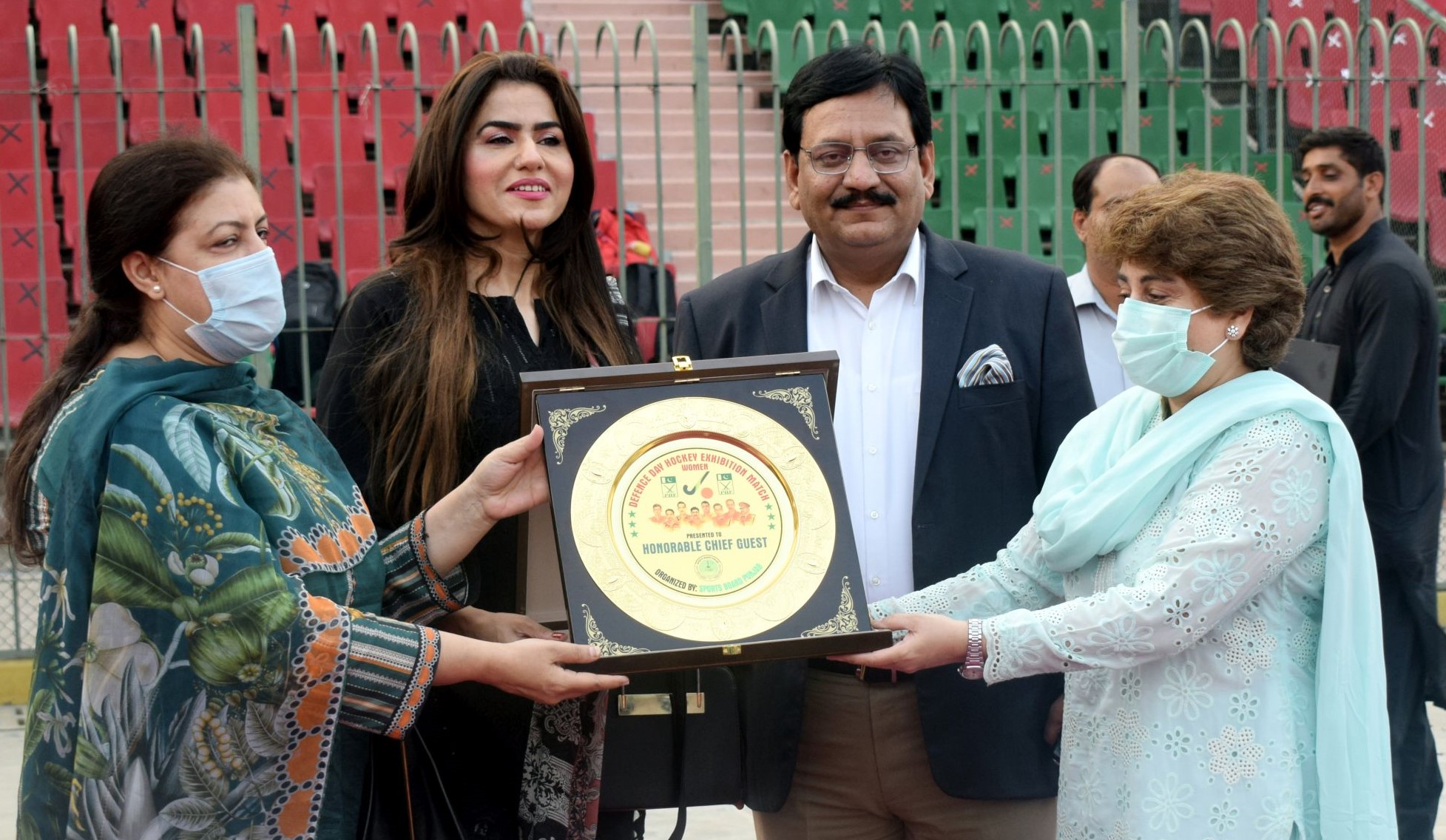 Director General Sports Punjab Adnan Arshad Aulakh said the Defence Day is celebrated every year across the country to remember the great sacrifices of our martyrs during 1965 war against India; he said this while addressing the prize distribution ceremony of exhibition women hockey match at National Hockey Stadium on Tuesday.

The women hockey match was played between Maj Aziz Bhatti Shaheed XI and Rashid Minhas Shaheed XI in connection with Defence Day of Pakistan under the aegis of Sports Board Punjab.

Director General Sports Punjab Adnan Arshad Aulakh said the spirit that the entire Pakistan nation exhibited during the 1965 war was exemplary. “We are proud of our martyrs and their sacrifices. We will never forget our martyrs”.

Zakia Adnan Aulakh, on this occasion said: “We are living in a comfortable environment in our country only due to the sacrifices of our martyrs. We dedicate today’s hockey match to the martyrs of Sept 6,” she added.