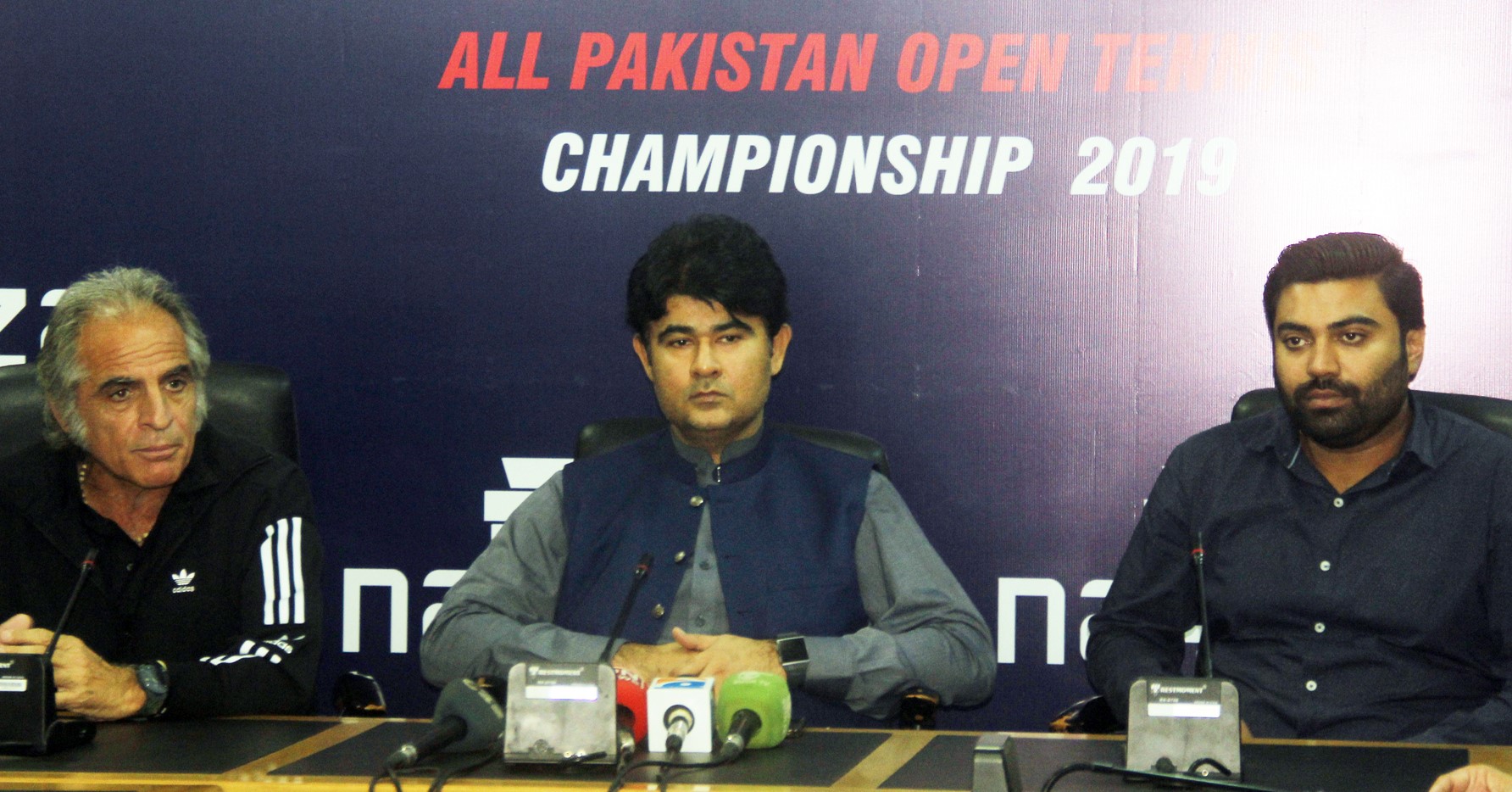 “Recently we organised Lahore School Sports event in Nishtar Park Sports Complex. Thousands of male and female students exhibited their potential in dozens of sports including tennis during the grand school event,” he said this while addressing a press conference regarding Nayza All-Pakistan Open Tennis Championship here at National Hockey Stadium on Thursday.

Rashid Malik, Secretary PLTA and other officials were also present on this occasion.

Vice-Chairman Sports Board Punjab Rao Zahid Qayyum said tennis is a popular sport of the country and the upcoming Nayza All-Pakistan Open Tennis Championship will help a lot in further promoting tennis among young generation of the province.

Rashid Malik, Secretary PLTA, on this occasion, informed that Punjab Tennis Academy Bagh-e-Jinnah will host Nayza All-Pakistan Open Tennis Championship 2019 from November 23, 2019. “The opening ceremony of the tournament will be held on November 23 at 3:00 pm while the final shall be played on November 28 at 2:00 pm”.

Rashid Malik, Secretary PLTA will also act as Director Tournament while Faheem Siddiqui will be the referee of the tournament. Rashid Malik said: “Rafum Group actively promotes sports in Pakistan especially tennis and also has sponsored several events in the past including. Rafum Group is sponsoring the Nayza tennis championship for the fourth consecutive year”.

Rashid Malik further said that Men’s Singles and Ladies Singles will be the main events of the tournament.