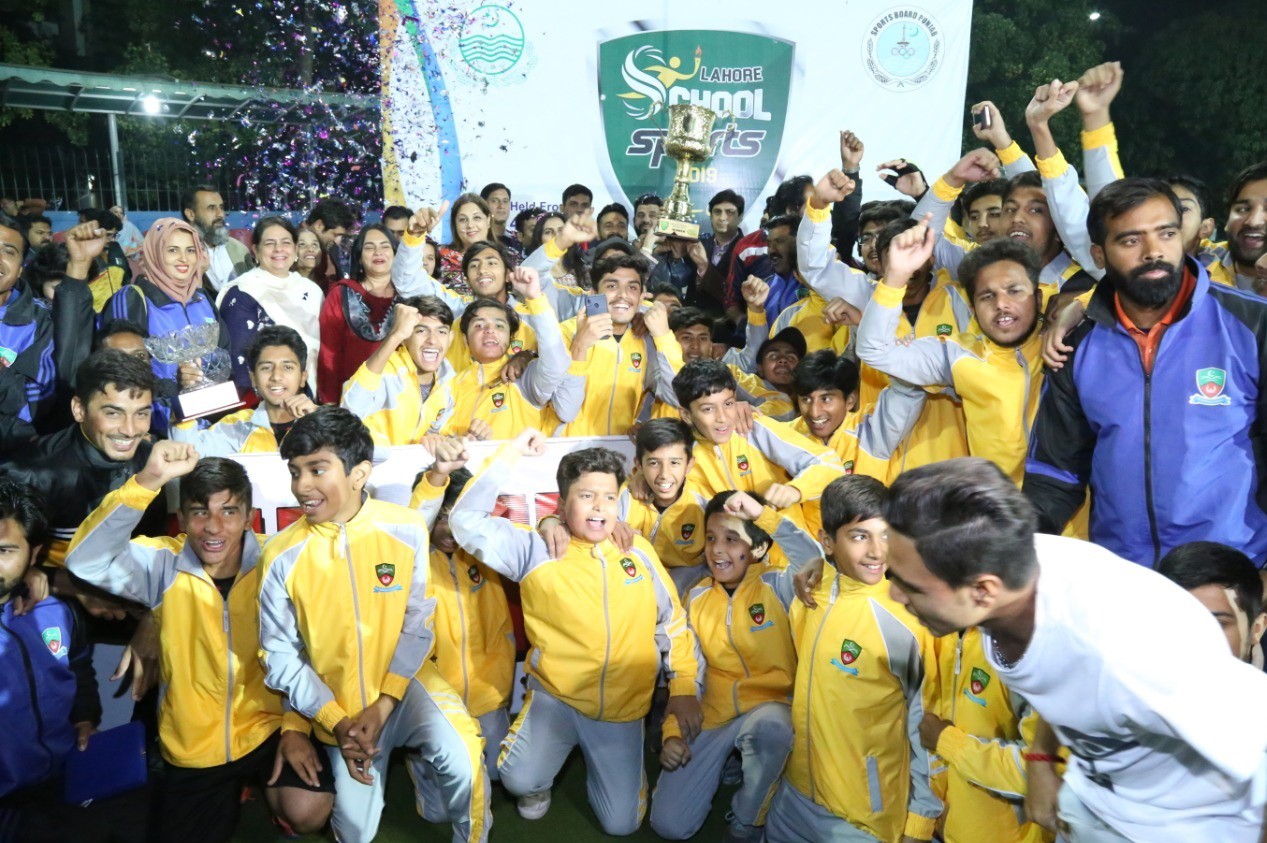 It is pertinent to mention here that Lahore School Sports 2019 competitions were organized under the auspices of Sports Board Punjab and Divisional Sports Office Lahore.

Divisional Sports Officer Nadeem Qaiser, DSO Tanveer Shah and a large number of young male and female players, their parents and officials were also present at the closing ceremony.

Secretary Sports Punjab Nadeem Mehboob, who was chief guest at the closing ceremony, was warmly received by Sports Board Punjab and Divisional Sports Office Lahore officials. He was also introduced with hockey players of Crescent Model and Aitchison School teams.

Crescent School finished first in Girls U-16 and Boys U-16 and U-12 age group categories while LGS took first position in Girls U-12 category.

Answering a question, Secretary Sports Punjab Nadeem Mehboob informed that the location has been finalized in Nishtar Park Sports Complex for sports school and the construction work will start in near future on this grand project.

Secretary Sports Punjab Nadeem Mehboob appreciated outstanding performances and discipline shown by large number of young male and female players during the mega event. “This was an ideal sports event for young school-going students to show the sports talent. I’m quite confident that events like this will help to a great extent in producing future sports stars,” he added.