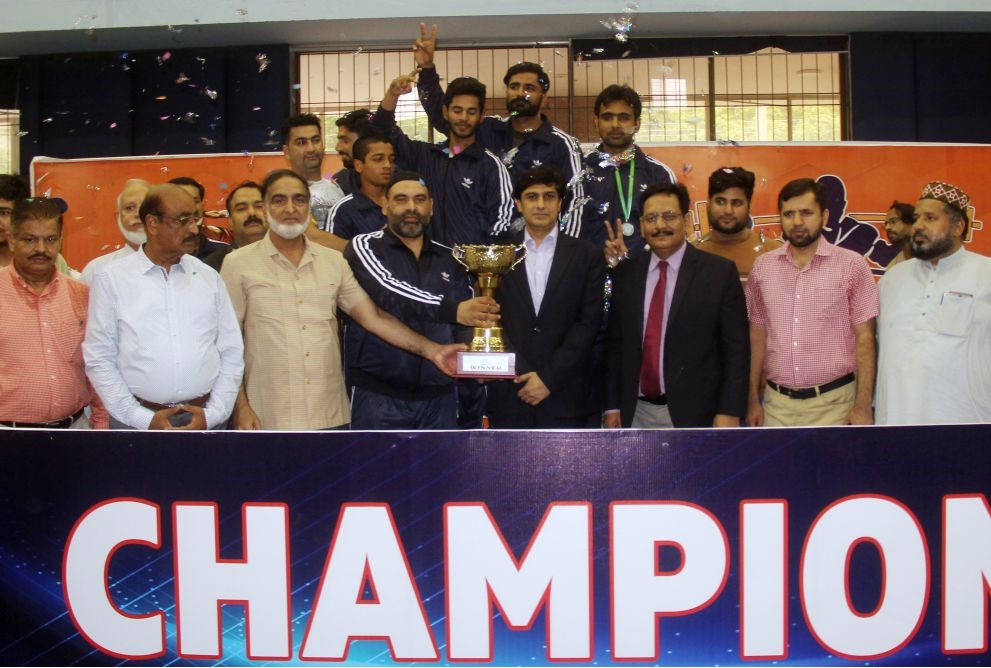 The second position in Punjab Inter-Division Powerlifting went to Faisalabad which scored 45 points while Lahore with 36 points finished third in the 2-day championship. In Punjab Boys and Girls Kick-Boxing Championship, Faisalabad division remained runners up while Sahiwal division got third position.

Secretary Sports Punjab Nadeem Mehboob and Director General Sports Punjab Adnan Arshad Aulakh were the guests of honour at the colourful prize distribution ceremony. They awarded trophies and prizes among the winners, runners-up and other prominent performers.

Secretary Sports Punjab Nadeem Mehboob congratulated Sports Board Punjab on the successful holding of Punjab Inter-Division Powerlifting and Kick-Boxing Championship. He also greeted medal winning players and other top performers of the event.

While talking to media, Secretary Sports Punjab Nadeem Mehboob said these talented players are our future. “We are quite hopeful that these promising athletes will earn laurels for the country in future,” he added.

Answering a question, Secretary Sports Punjab Nadeem Mehboob said: “Promotion of sports is our top priority. We launched Annual Sports Calendar and Punjab Games after a gap of eight years. Talented youth of the province were provided a suitable platform to demonstrate their sports skills properly”.

“We are initiating 23 new sports projects while work is underway on 193 projects in the province. The youth of the province will get more sports facilities after the completion of these projects".

Director General Sports Punjab Adnan Arshad Aulakh further Sports Board Punjab is evolving a proper mechanism according to which talented youngsters of the province can take maximum benefits from SBP’s valuable sports facilities.