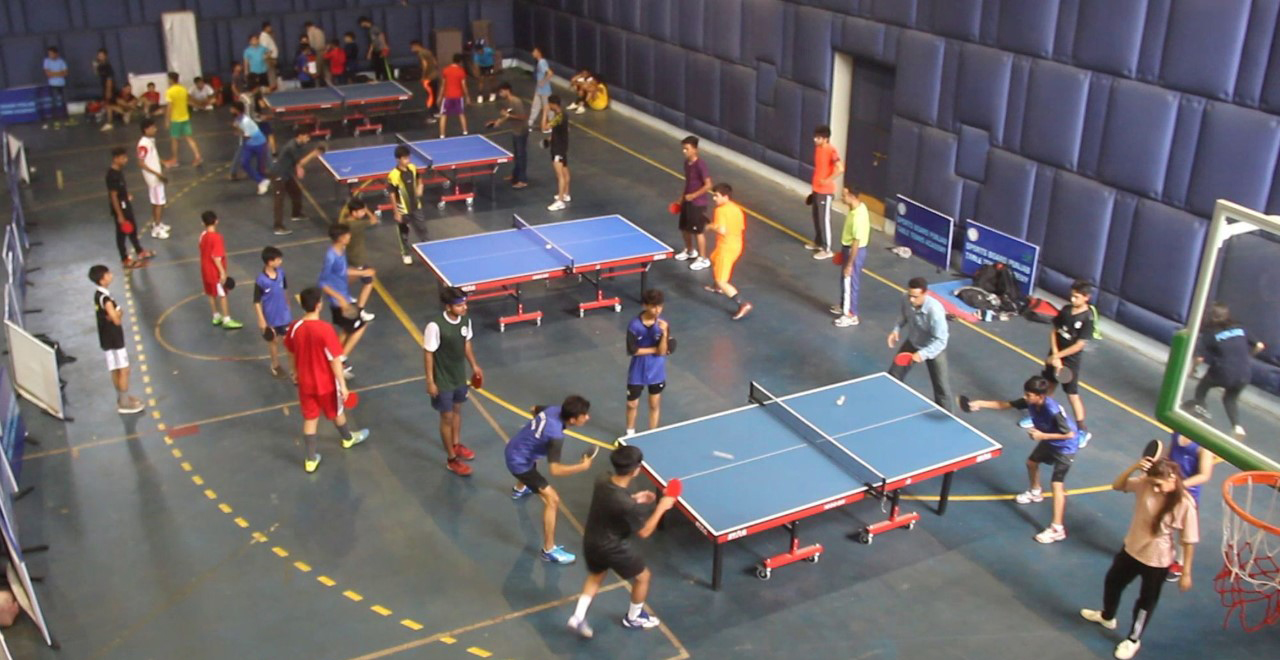 The trials for the selection of Punjab table tennis boys and girls teams were conducted on Tuesday at Nishtar Park Sports Complex for the participation in 26th National Junior Table Tennis Championship. The 26th National Junior Table Tennis Championship will be organised under the aegis of Punjab Table Tennis Association and in collaboration with Sports Board Punjab (SBP) at Nishtar Park Sports Complex from June 26 to 29, 2019.
Over 150 boys and girls from 36 districts participated in the trials. Selection committee selected 14 players for Punjab's four teams. Four players each were selected for Under-18 boys and girls and three players each were picked up for Under 15 boys and girls teams. The participants will compete in five categories - Junior Boys team event, Junior Girls team event, Cadet Boys team event, Cadet Girls team event and Singles and Doubles events during the 4-day national championship.Director General Sports Punjab Nadeem Sarwar will be the chief guest at the opening ceremony on June 26, 2019. The teams from four provinces, Azad Kashmir and Islamabad will take part in the championship.
Director General Sports Punjab Nadeem Sarwar, in a statement on Tuesday, said that table tennis is a popular game among youngsters and our players have won several titles at national level. "Sports Board Punjab is taking effective measures for the promotion of sports under the vision of Chief Minister Punjab Usman Buzdar". He urged the players to participate in the championship with the target to win the title. "Sports Board Punjab has made top level arrangements for the smooth holding of the National Junior Table Tennis Championship".