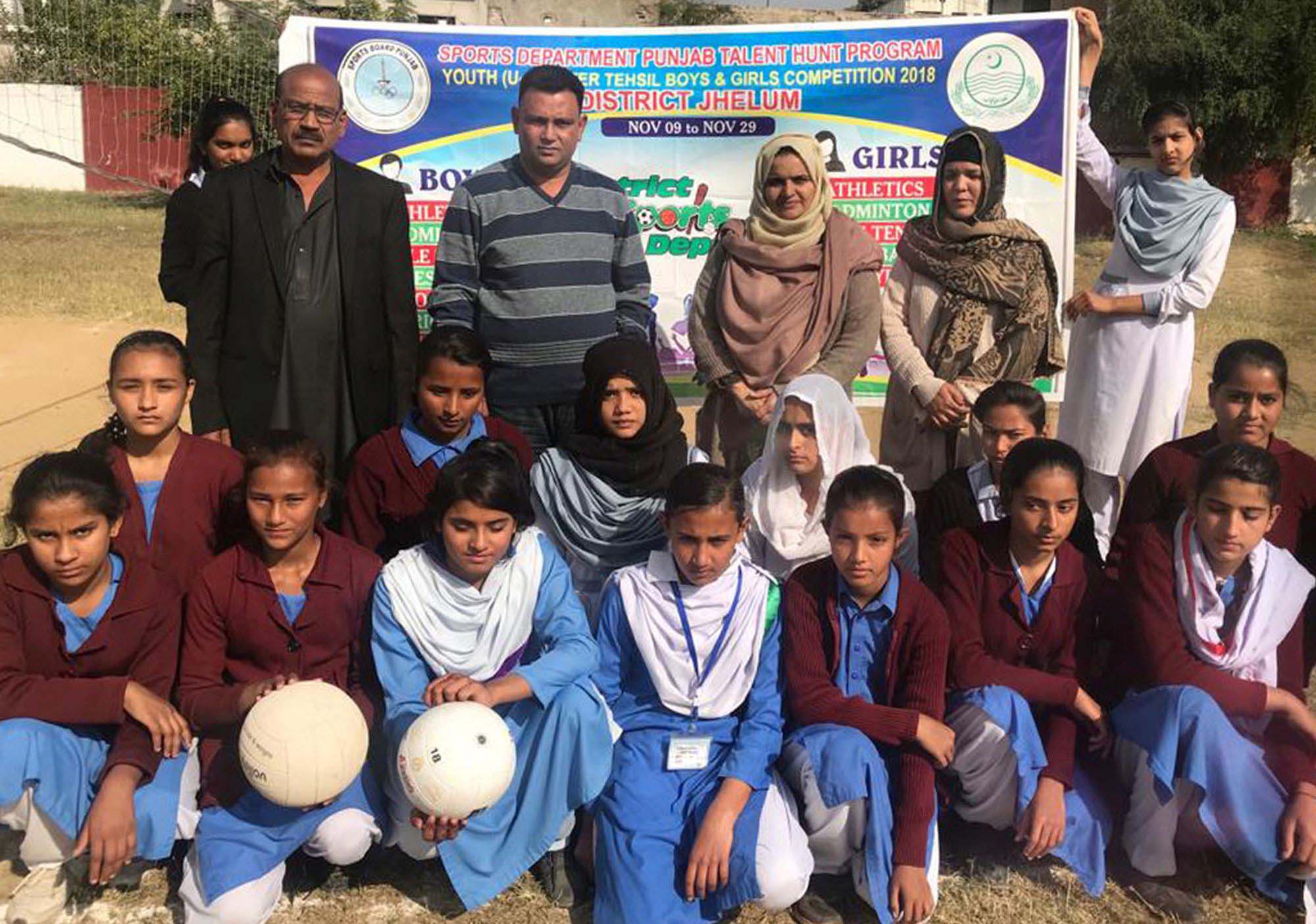 The competitions of Sports Board Punjab’s Annual Sports Calendar commenced with athletics events on Thursday across the province under the directives of Director General Sports Punjab Nadeem Sarwar.Director General Sports Punjab Nadeem Sarwar said that the holding of Annual Sports Calendar competitions throughout the province is a revolutionary step for growth of sports culture in Punjab province. “Definitely we will get several talented players from this kind of events. It’s golden opportunity for young talented male and female players of the province to take part in these events with full devotion,” he added.
On the opening day Inter-Tehsil Level Athletics U-16 Girls competitions were held at Lodhran. The athletes from three tehsils of Lodhran district – Kahror Pakka, Lodhran and Dunyapur featured in the athletics events.
The U-16 girls from Dunyapur stole the show by winning all the athletics meets including 100m, 200m, 400m, 800m, long jump, discus throw, 4x100 relay race and shot putt after exciting competitions. Ramzana Bibi (100m and long jump), Tayyba Naz (200m and relay race) and Momna Ramzan (shot putt and discus throw) and Aiman Shahzadi (400m and 800m) of Dunyapur emerged winners in two athletics events each during the day’s proceedings.

In the girls volleyball event, Dina emerged winner in the title clash against Jhelum by 25-9, 25-16 while the boys from Jhelum thrashed Dina in the final encounter by 25-21, 25-13.